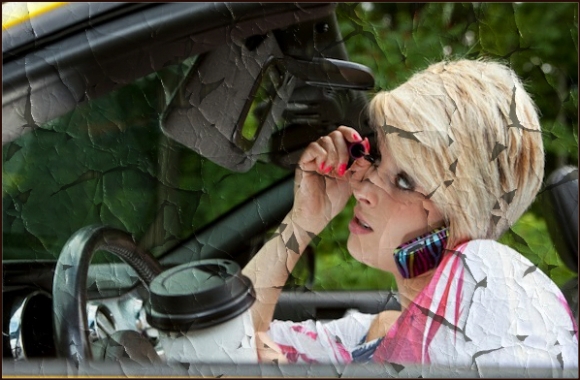 Look, lady in the parking lot,

So why don’t you put down the cell phone, and use BOTH hands to wrangle your tricked-out Yukon XL Denali out of a tight parking spot? You forked over a lotta money to have motorized cup holders and tri-zone climate control. Why risk banging up your land yacht?

I’ve never EVER seen a man pull that move

I’m not saying there are no bad male drivers. But I’ve NEVER witnessed a man multitask at the wheel that hard. Women are famous for their extra car-ricular activities.

To be fair, I have seen men shave on their way to work. And I once saw a man in a fur collared overcoat brushing his teeth while negotiating the Belt Parkway. But this was Brooklyn, where proof that evolution can go in reverse lives strong.

Women also get territorial over desirable parking spots. Men don’t circle over parking spots like vultures hovering over a desert carcass. Parking lots at upscale supermarkets in suburbia are treacherous. Put a gaggle of frenzied housewives in a crowded parking lot at dinner time and it becomes the gladiator amphitheatre at Pompeii.

Since I am a woman, it begs the question, does my driving suck? Well, let’s just say I’m an “aggressive” driver. Not in a hostile way. In a “slice through traffic because I have places to go” kind of way.

I always seem to get stuck behind these kind of people:

“What a nice and sunny day, Martha, let’s drive super slow and listen to Enya.”

“But Harold, this woman behind us seem like she’s obviously in a hurry. Shouldn’t we rather pull over and have some tea instead, so she can pass?”

“Oh, fuck YOU, Martha. I’m sick of your shit. Fuck your tea in its fucking face.”

I’ve gotten into more than my share of accidents. Not because I’m careless as much as distracted. I have gotten into accidents pulling out of my own driveway on three separate occasions. All because I forgot to open the garage door first. Oopsie.

I also have a tendency to side swipe the garage door jamb as I’m backing out and clip the passenger side rear view mirror. I’ve ripped that sucker off a few times. It has been suggested to me that I have some issues with my spatial sense.

Which is why I’m known as being “hard” on cars. I would never drive recklessly, particularly if my kid is in the car. But I’m not a baby about banging up against a curb while parking at a strip mall. I have things to do! Slurpees to buy! It’s just the front bumper of my car. It will survive.

Living in New York, there’s really very little need to own a car. My Ex got me my first car for Christmas when we were dating, so I could drive to his house in New Jersey. I went to driving school in the city, so I drive like a New Yorker. Which means I ignore lanes and cuss like an Armenian taxi driver.

I’m also a virtuoso parallel parker. That’s the only kind of parking that exists in Manhattan. Why do all the suburbanites get their dicks in a blender over parallel parking? How hard is it to:
1. Pull up next to the car in front of the spot.

2. Back up, aiming for the center of the spot.

3. Once your car is actually pointed at the center of the spot, straighten out.

It’s easy peezy, lemon squeezey. Why must Drivers Ed make a Wagnerian epic out of parallel parking, complete with those whore cones in some byzantine configuraion?

Perhaps women would get better at driving if they actually DROVE places. The majority of suburban women I know will drive locally, but that’s about it.

If I mention that I’m driving into the city with Little Dude for the day, women will ask me, “Alone?”

What IS that? Is that some kind of learned helplessness? This whole phenomenon where women don’t want to drive long distances? It unnerves them if they have to drive over a bridge OMG and get on major highways.

Does having a labia prevent you from merging onto a highway?

Driving is freedom. I can throw my kid in the car, put on music, and go anywhere. I’ve done road trips as far as from New York to Florida. It’s unthinkable to me to depend on a Y chromosone to get places.

The idea that women drivers suck is not just a stereotype; or if it is, well, stereotypes exist for a reason, don’t they? It’s a globe trotting cliche. In South Korea, there are female – only parking spots, which are wider. They’re also outlined in pink and have a miniskirt logo.

People speculate constantly as to why men appear to be better drivers than women. One common belief is that men are better at focusing on a single task, while women are the better multi-taskers. although, not actually IN the car. There’s also the theory that men have a better spatial sense, which works for me and that ever widening smear of white garage paint on my front right bumper.

Personally, I think men are better drivers because they tend to enjoy the actual task of driving, whereas women just want to get to wherever they’re going. For men, it’s a journey. For women, it’s a destination.

In other words, it’s the opposite of how both genders feel about sex.

Do you think women drivers suck? How good of a driver are you?
Can you parallel park?
Are there any warrants for your arrest for unpaid traffic tickets?
Talk to me. I’m listening. 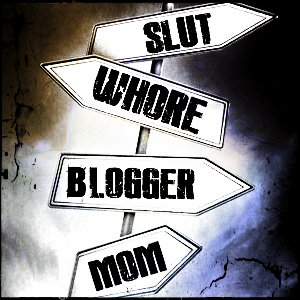 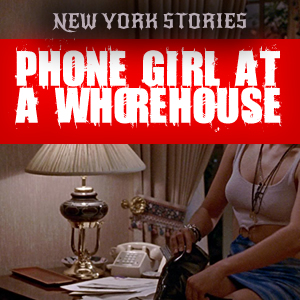 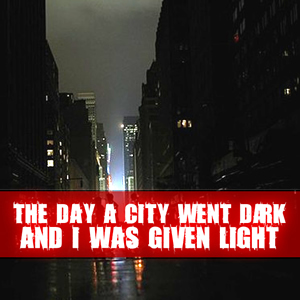 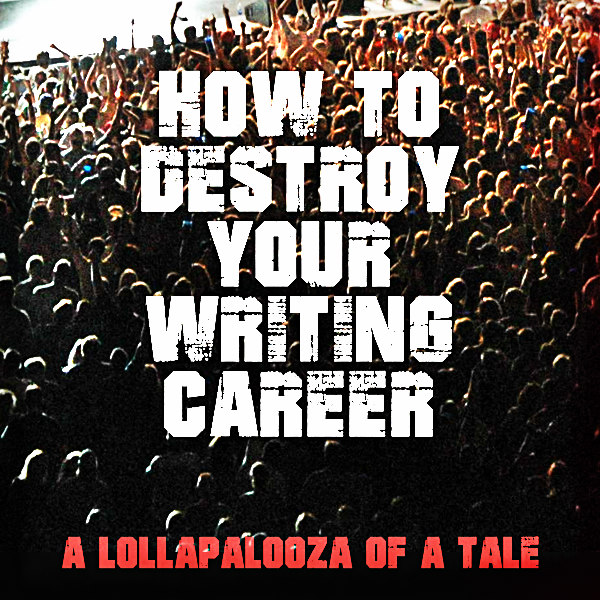